Vanessa Bloes, The ball is rolling

Identity is something intriguing as it’s deeply personal but yet also impressionable by others. Our identity defines our place and meaning on this globe. Our identity is stored in its purest form in our DNA. Our DNA holds the code to who we are and plays a big part in what makes us, us. If we would be able to change our DNA and thus who we are, that would be scary, right? In 2012, this technology was developed: CRISPR is able to make irreversible changes to our DNA, with the potential to cure hereditary diseases but also to change human characteristics such as intelligence and strength. This is life-changing and ethically challenging. And yet, not many people know CRISPR. Therefore, I created a mobile awareness campaign to reach young people, as they are most likely to be confronted with this technology in their future. I draw this generation characterised by FOMO with my tagline “the ball is rolling” (a dutch saying for something is happening) to give them the feeling that they’re missing out. The ball metaphorically guides them through the campaign where they get sensitised interactively and where the story is told accessible in a full visual 3D-environment. 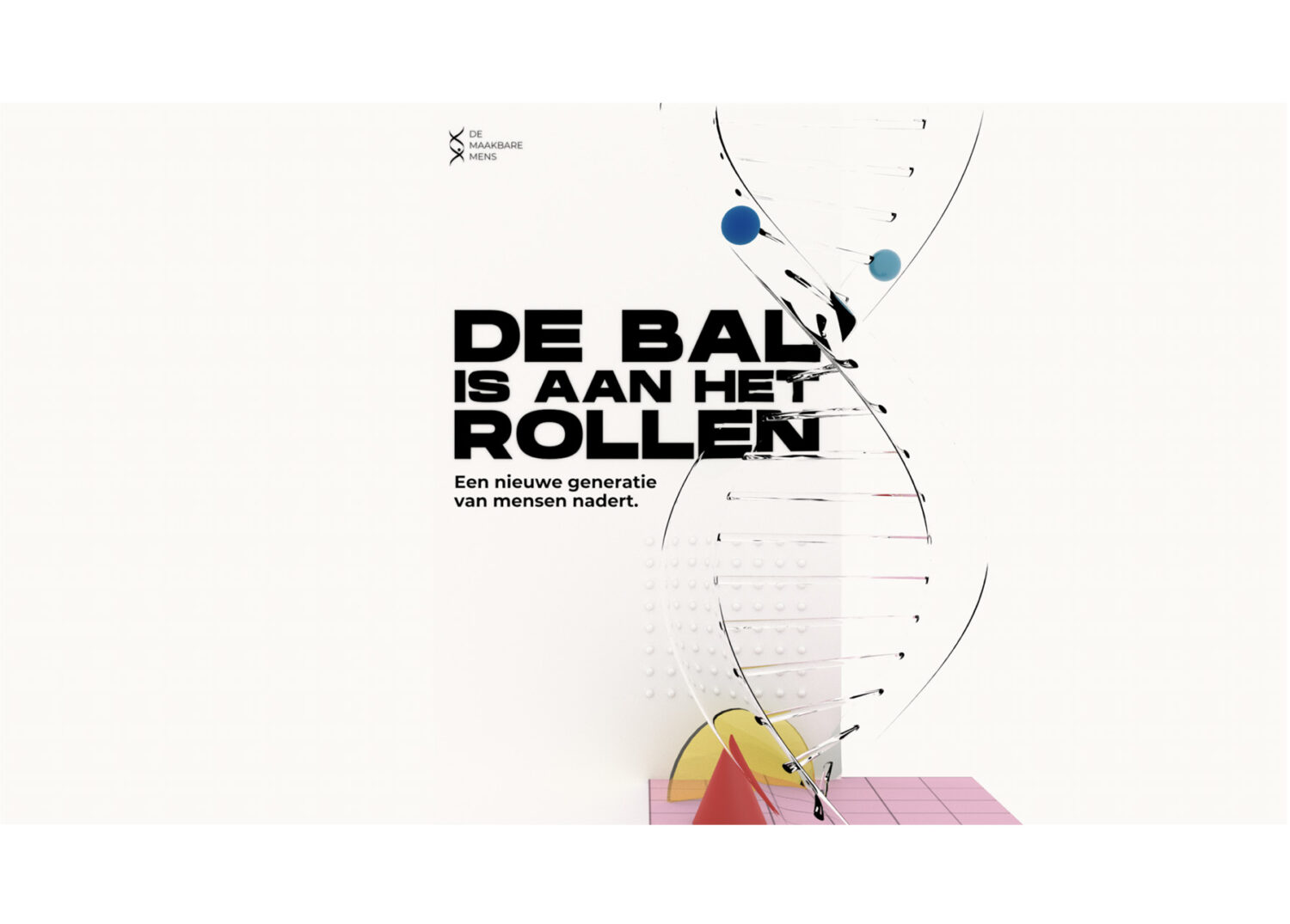