The series Megalomania – Delusions of Grandeur is a project about the property boom in Spain and the consequences of the financial crisis. At the beginning of 2000, there was a huge increase in construction investments, better known as the “property boom”. Construction plans were made for the built-up of new cities, hotels, resorts, etc. The future looked bright and full of promise. Then, in 2008, the financial crisis struck. The developers withdrew and the landscape of Spain was suddenly transformed by unfinished projects hitting the population with disaster.  My project is a photographic investigation into the remains of this phenomenon. The focus of the project lays primarily on the concrete skeletons that remain in the landscape as scars of the crisis. The skeletons became abstract sculptures whose original purpose is long forgotten. Nature tries to restore to its original state and slowly but surely displaces the intervention of man. The title of my project, Megalomania – Delusions of Grandeur; refers to the tendency of always wanting more, here applicable to economics. Financial growth cannot last forever and eventually shows cracks, the skeletons in Spain refer here as living proof of an economic crisis. These skeletons have been left behind in the landscape and are no longer reused not to speak on how many substances have been lost. There is no recuperation, instead, investments are still being made in new constructions nowadays which is a loss of land (substances) and therefore not ecological. 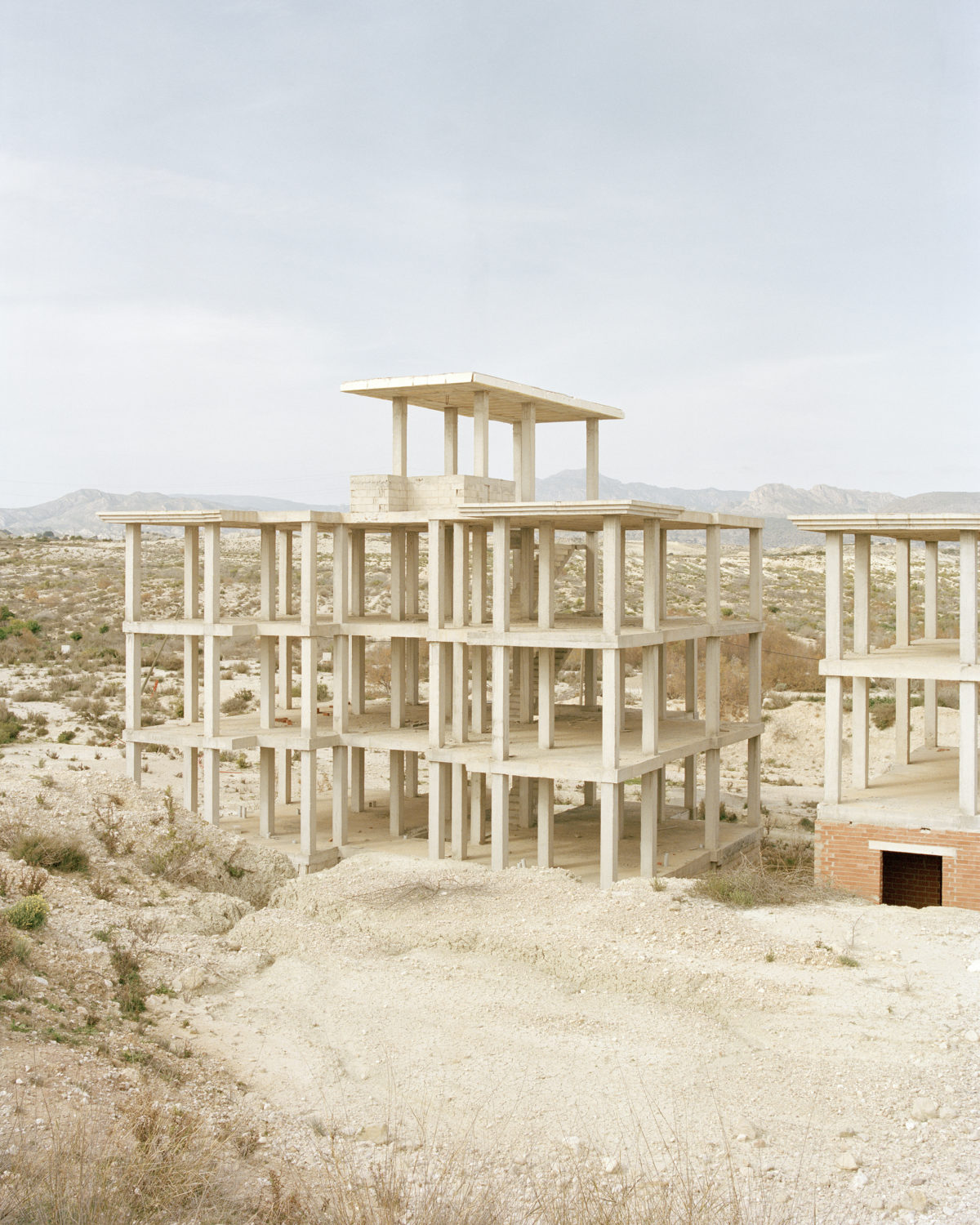 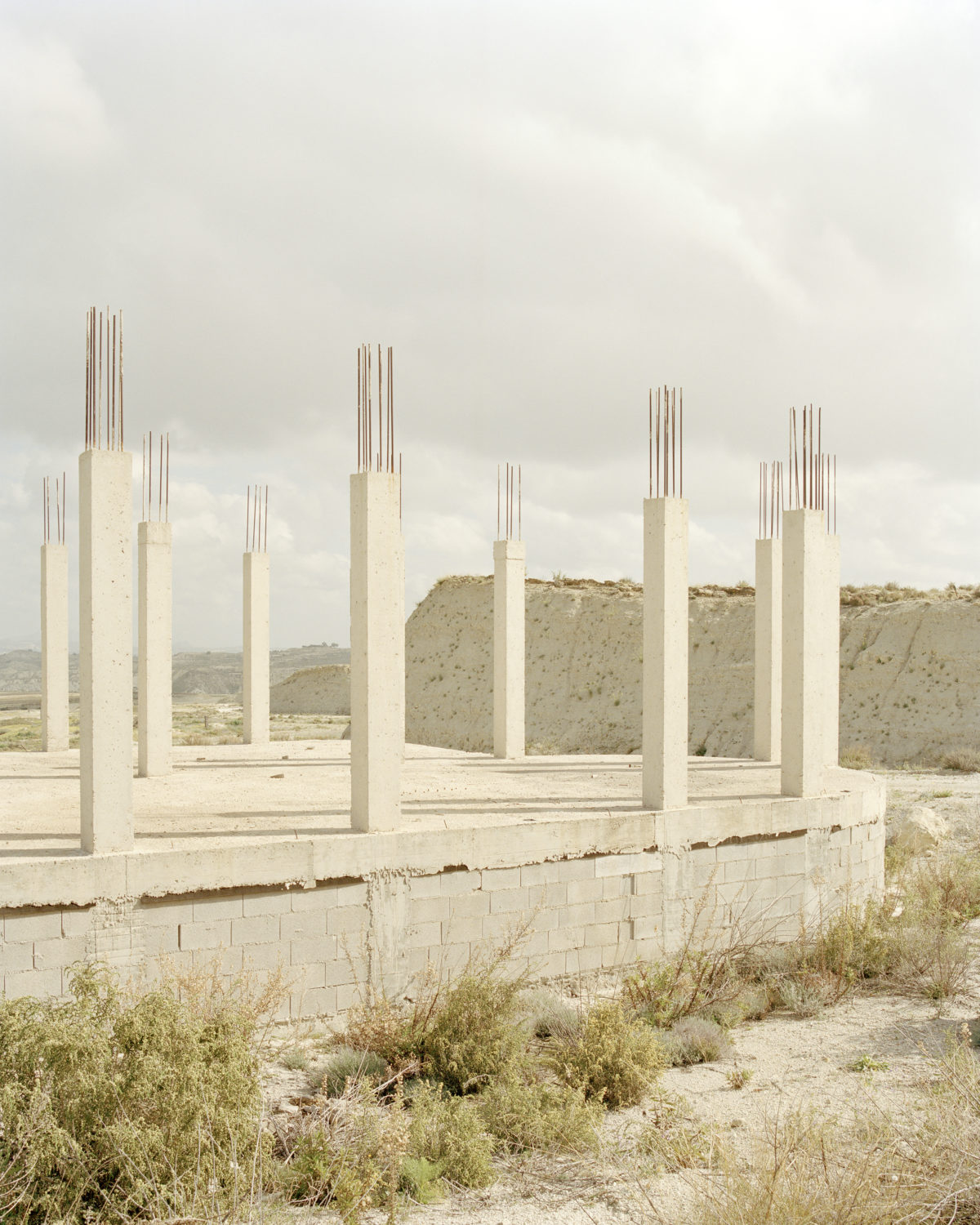 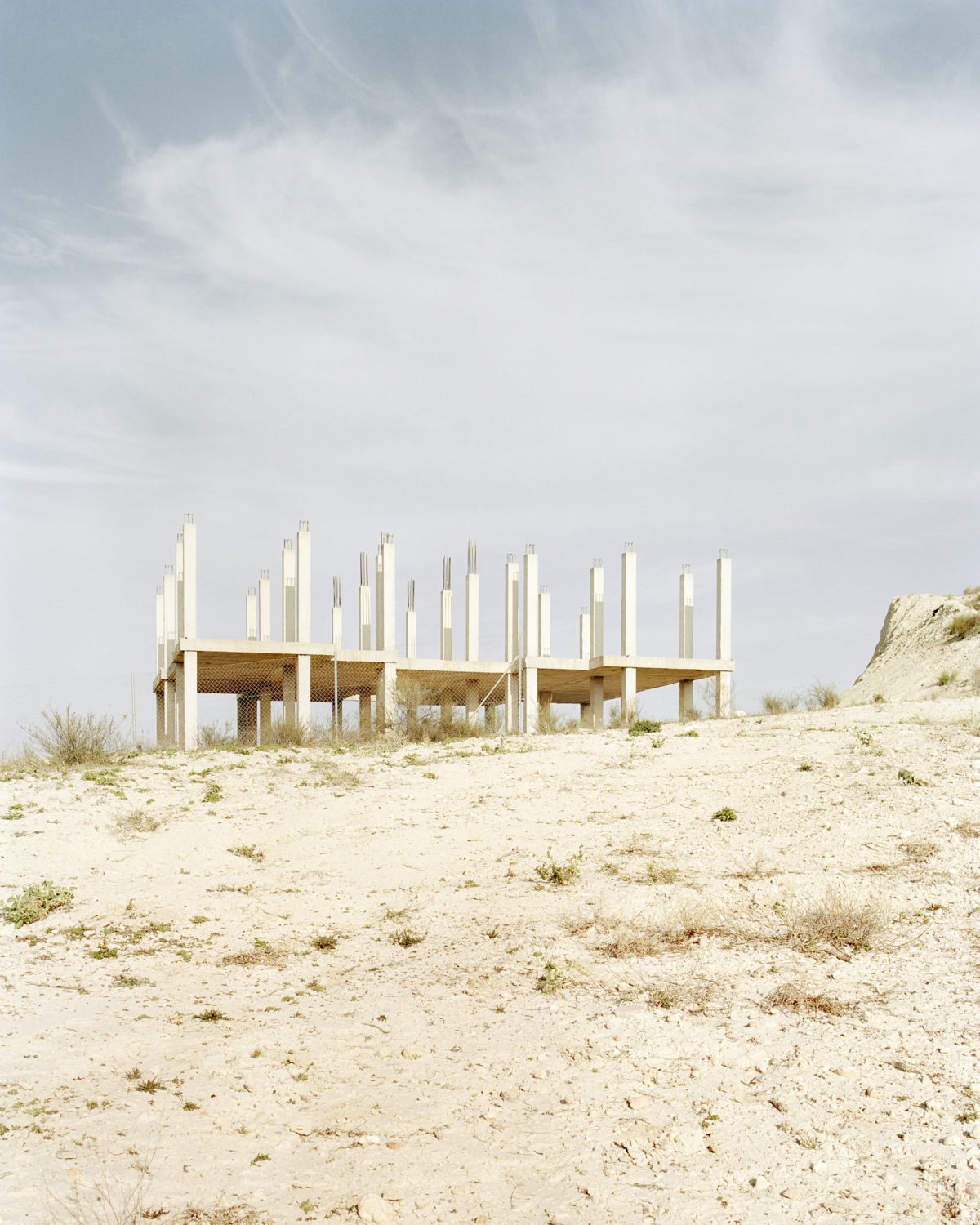