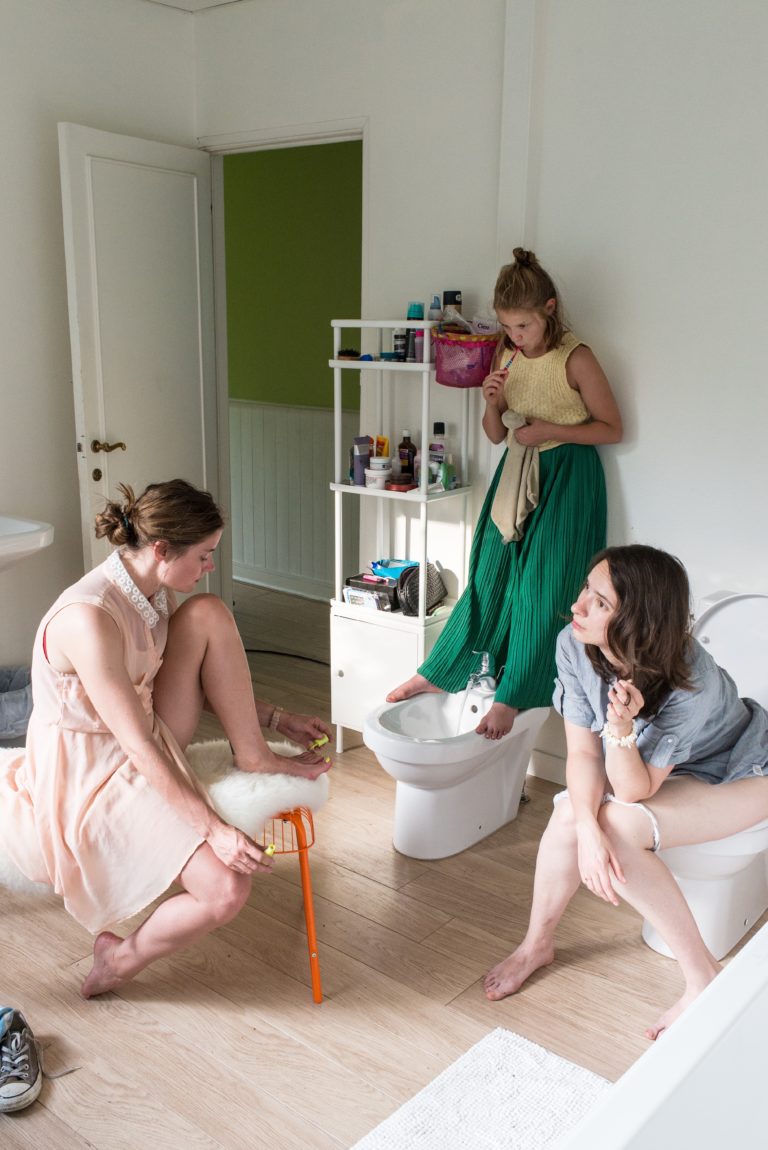 Kim Snauwaert, Between Us (and everybody else)

As we all know, if you want to keep a foreign national in the country, you can’t marry for papers only. You are expected to create and maintain a ‘sustainable community living’. That is what Belgian law prescribes*, otherwise the relationship falls into the category of fictitious marriages.

But what if you have two artists: one who must leave the country, yet both believing that if they stick together they would be able to create a ‘sustainable community living’? In 2018, without having a romantic affair, Kim Snauwaert and Anyuta Wiazemsky married exactly for this reason. Since no definition is given in the corpus of the civil code, they also sought to relate to, and define this ‘sustainable community living’. The whole process was transformed into a multidisciplinary work: Between Us: The Marriage.

After the marriage was made official in August 2018 at the town hall of Ghent, a complaint was filed. The artists subsequently became the subjects of a police investigation, one which set out to examine the sincerity of their marriage. Kim and Anyuta were transparent about their motives. The genuineness of the marriage was considered probable and the file was closed.

The material generated by the police investigation became a source for further artistic work. Belgium’s marriage migration policy had an active role in shaping both the initial project and the nature of the relationship. What does it mean ‘sustainable community living’?  The discrepancy between bureaucracy and personal liberty is the subject of Kim and Anyuta’s ongoing work in progress.

Translation: “There is no marriage if, in spite of the formal consent given to the marriage, a set of circumstances shows that the intention of at least one of the spouses is apparently not aimed at establishing a sustainable community living, but only at obtaining a residence permit benefit associated with the state of marriage.”